28th January 2004
The Mayor, Councillor Phil Scott made a presentation of the Bowskill Trophy to an individual, Association, Group or Force for their Special Promotion of Hastings Week 2003

The Bowskill Trophy and Winner's Certificate was presented to:

Sue Castro
For "Organising the Hobbies and Crafts Exhibition 2003" 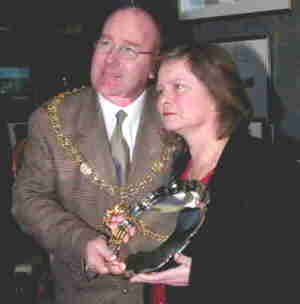 Runner up Certificates were presented to: 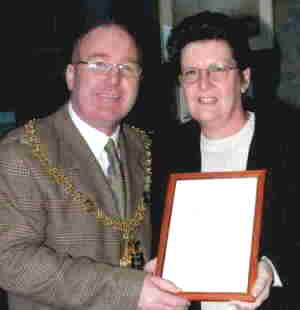 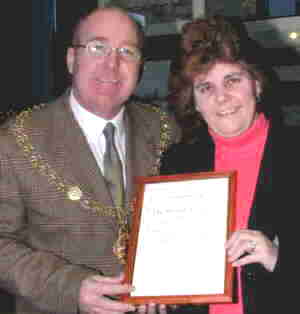 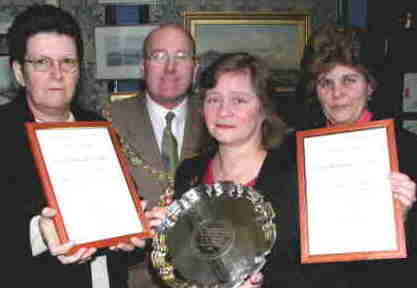 and Chris Busbridge recieves the certificate for Gordon Busbridge Ltd. They received the award being long-time supporters of Hastings Week by being regular advertisers in the programme for many years. 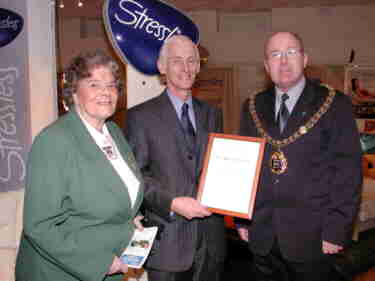