The other end of Queens Road is featured HERE

Queens Road, for those that don't know Hastings, runs from the centre of Hastings ("The Memorial" - although the actual Memorial, built in 1862 to "Albert the Good" - was demolished in 1973), past the Town Hall on the left, past the new Priory Meadow Shopping Centre on the site of the Central Cricket Ground, through a mixture of interesting shops and upper Queens Road to Alexandra Park 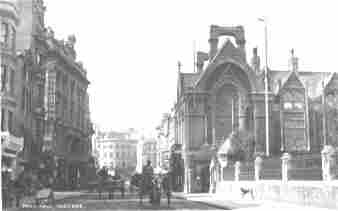 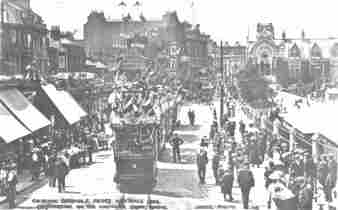 Looking down Queens Road towards the The Memorial which can just be seen in the centre of the first picture. the sea is 50 yards behind the buildings in the background, the Town Hall with its magnificent Chimneys (now gone) is on the right. The second picture, taken from further up Queens Road shows the 1906 Entente Cordiale. Hastings  new Priory Meadow Shopping Centre now occupies the area to the right. (photos David Padgham Collection) 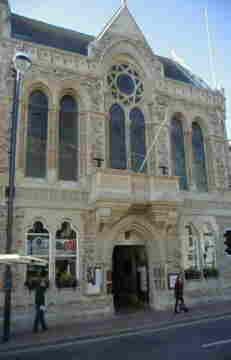 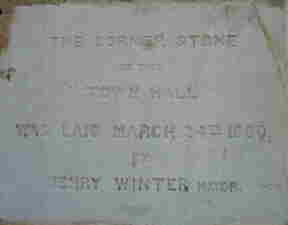 The Town Hall, by Henry Ward - symbol of Victorian confidence, with the cornerstone laid by the Mayor in 1880 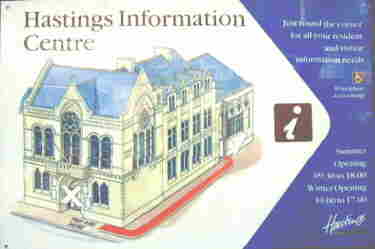 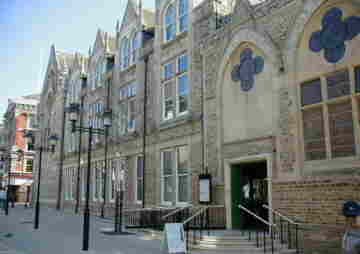 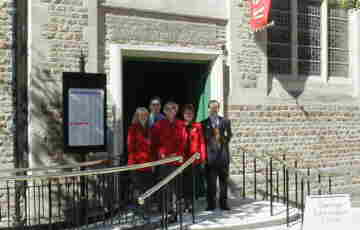 This view was taken while the Priory Meadow Shopping Centre was being built in 1996. The red building on the left is the 3 screen Odeon Cinema, originally the Gaiety Opera House and Theatre. Eclipsed by the Town Hall is the entrance to...... 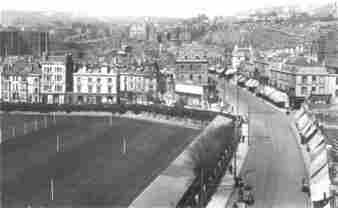 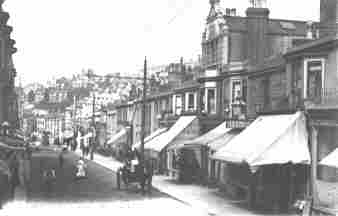 (photo 1 David Padgham,                  2  Ray Gladwish)
First Picture, probably taken from a balloon somewhere above the Town Hall, looking up Queens Road, the shopping centre is on the left and the "Cricketers" of Robert Tressell fame is in the centre, just above the cricketers is the old Hastings Grammar School, now demolished, where Grey Owl (Archie Belaney) went to school. The second picture, is a Louis Levy view of about 1906 and, apart from the sun blinds the view is similar today. The route continues via upper Queens Road , under the Queens Road Bridge which frames the entrance to Alexandra Park

(c) copyright Ion Castro 1999-2016 all photos (c) Ion Castro unless otherwise stated. No reproduction in any form without prior consent in writing.